Where it all began…

The adventure started in 1997 in Westerly Ware, a small park by Kew Bridge. Word quickly spread at the local school that there was a kick about on Saturday mornings and more children arrived until there were regularly about 10-12 children.

The following September 1998, as a new school year approached, the children could not wait to resume their Saturday morning football, especially after a long summer break. More and more children began to turn up and their parents were asked to take small groups of 5 and 6 year olds and show them very simple skills, like dribbling, passing and shooting.

As the group grew the club outgrew the site.

That same summer a small group of children went to play in a seven a-side summer tournament. The unnamed team from Kew played their tournament games in an assortment of football shirts and shorts from Arsenal, Chelsea, Liverpool and Man United covered by yellow bibs. By contrast the other teams looked resplendent in their team colours of black and white stripes, reds, greens and yellows and even purple.

Everyone came away from that eye-opening day wanting to play in more tournaments and concluded that the only way forward for the children was to form a ‘proper’ football club.

The West Surrey Youth League was the league to join and to join the league you had to join the Surrey County FA. Forms were filled and documents signed, with the result that the club would run an Under 8 squad and develop an Under 7 squad.

At the same time the new club needed a name. The choice was between Kew Alexandra (after Crewe Alexandra) or Kew Park Rangers, a play on Queens Park Rangers (AKA QPR). As we all lived in Kew, and we did play in the park, it seemed that Kew Park Rangers would fit the bill.

The next problem to resolve was what colours to play in. The team could not play in red as half the players supported Chelsea or Tottenham and we could not play in blue as the other half supported Manchester United, Arsenal or Liverpool. So the children were asked to come up with a team strip; a playground compromise was reached, the choice was blue and red stripes.

Richmond Council eventually came up with a team pitch and a move to North Sheen Recreational Park in North Road was secured.
And that is how Kew Park Rangers Football Club was born in the summer of 1999. 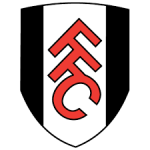 KPR believe in skill development over winning at all costs. We work closely with the Pro-Direct Academy to deliver the Fundamentals of football. The club also has a close working relationship with Fulham FC.